Anatomy of the Integrated Control Panel

We could've talked all day about the making of the ICP, but a picture is worth a thousand words. It'd be a shame for us to keep these details hidden behind this appearance forever. 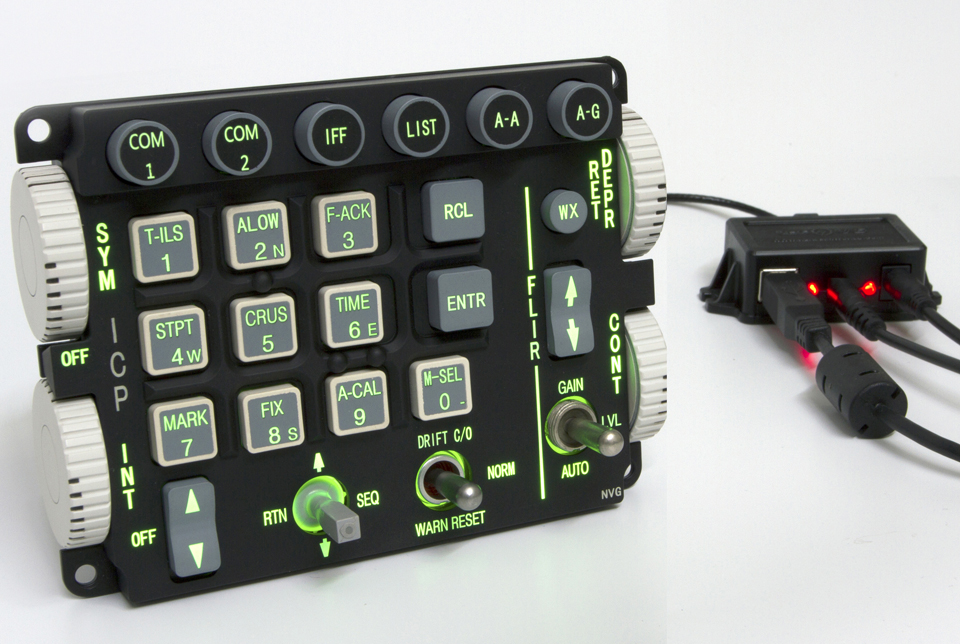 We've taken care to make sure no light is leaked from where it's not supposed to be illuminated. 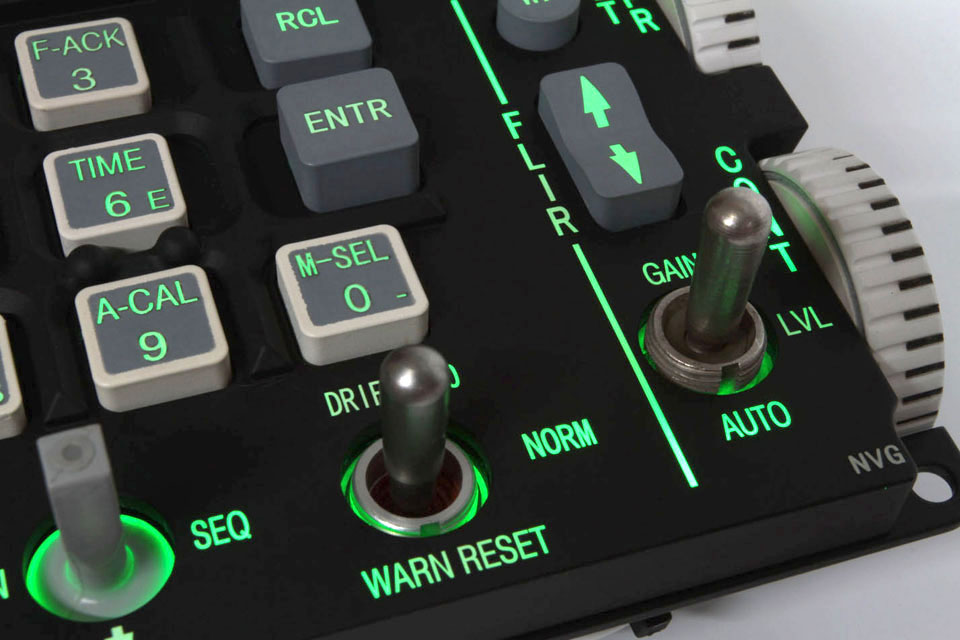 We are no fighter jet pilots, but we figured the hemispherical bumps beneath numbers 2 and 6 work just like the bumps on your F and J keys, they offer great help with blind entries. Same goes with the extra thick ENTR button. Once your fingers get the hang of it, you will no longer need to re-focus your eyes twice every time you try to press the right buttons on the ICP. 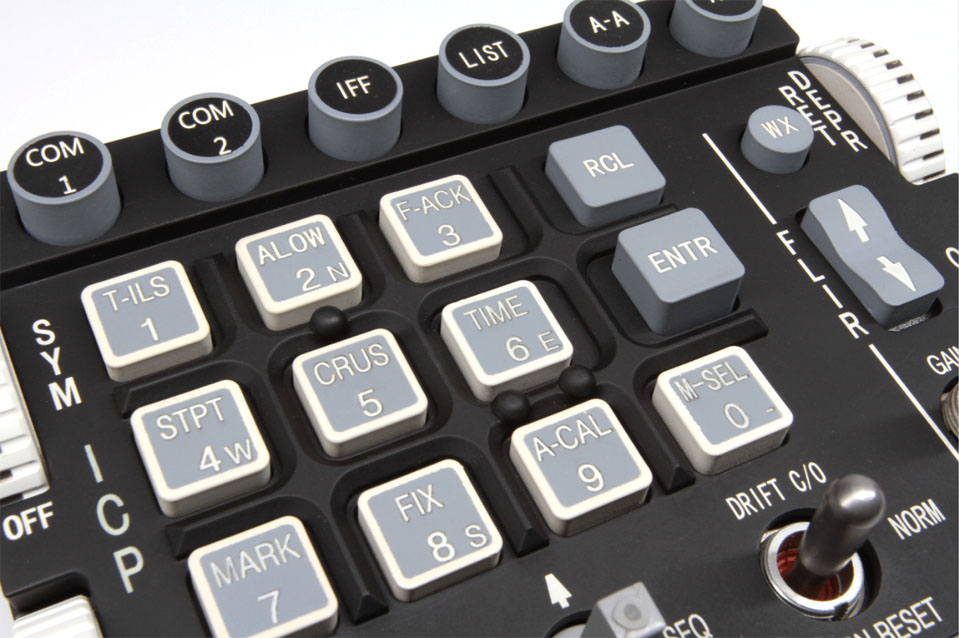 We haven't always been fascinated by the level of ingenuity found in aviation engineering. In the beginning, like most folks, the first thing that popped up in our mind was: "This could have been done so much more simply. It's just a mock-up, why bother the overkill?"
But then as we moved on. Every attempt to make stuff work just right, or look just right within the given shape and space kept killing off our initial assumptions and immature solutions. Our respect to the original engineers had only grown considerably after we've stumbled upon every problem they faced in the first place. And we've also had great fun coming up with our own solutions. 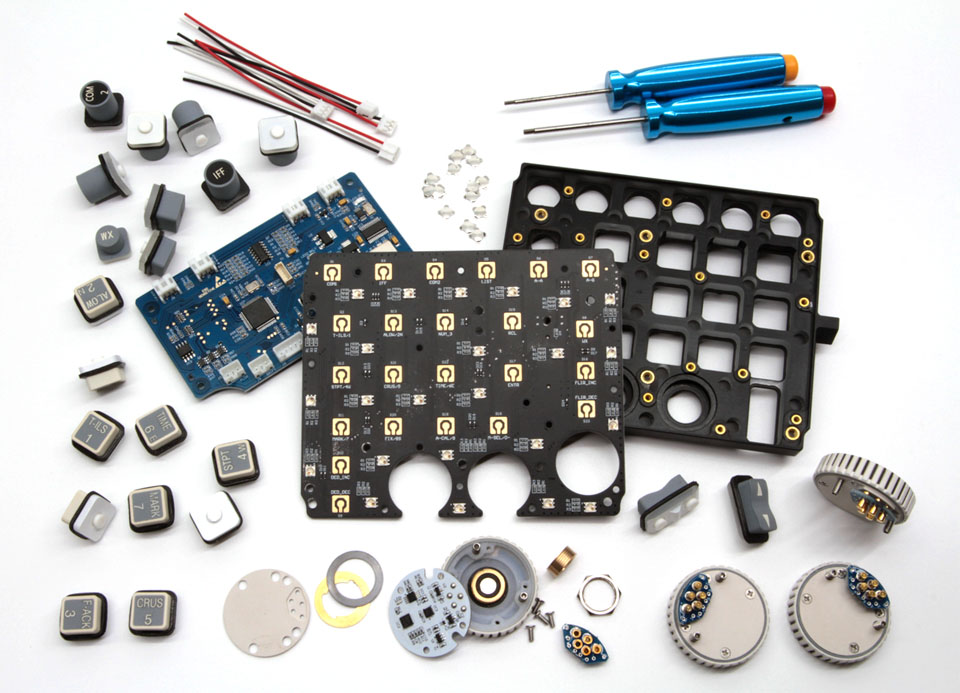 Figured multiple layers of paint in different colors from all directions on those buttons should be enough.
Couldn't be further from the truth. 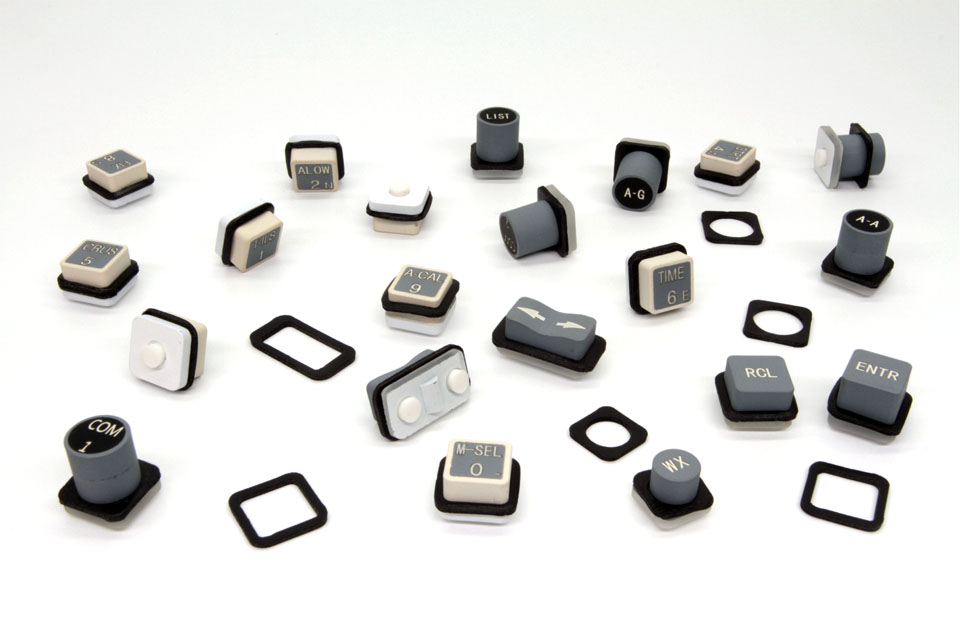 It got really exciting for me when I did this. Partly because I love working on electronics. But the biggest bonus is I could get to completely redesign the wiring part for computer gamers. I loved the way those wires are bundled up on real aircraft. But having a high-density circuit board sitting there feels equally badass to me. 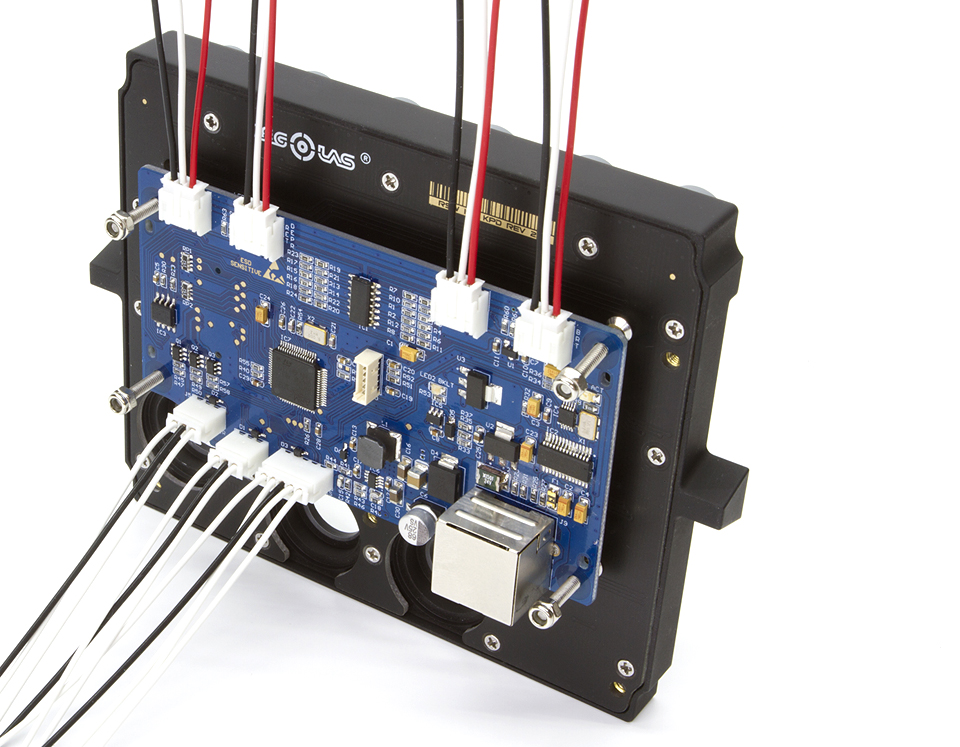 I think they've always soldered the wires to those thumbwheel pins on real aircraft. You could still do it with our ones if you prefer.... 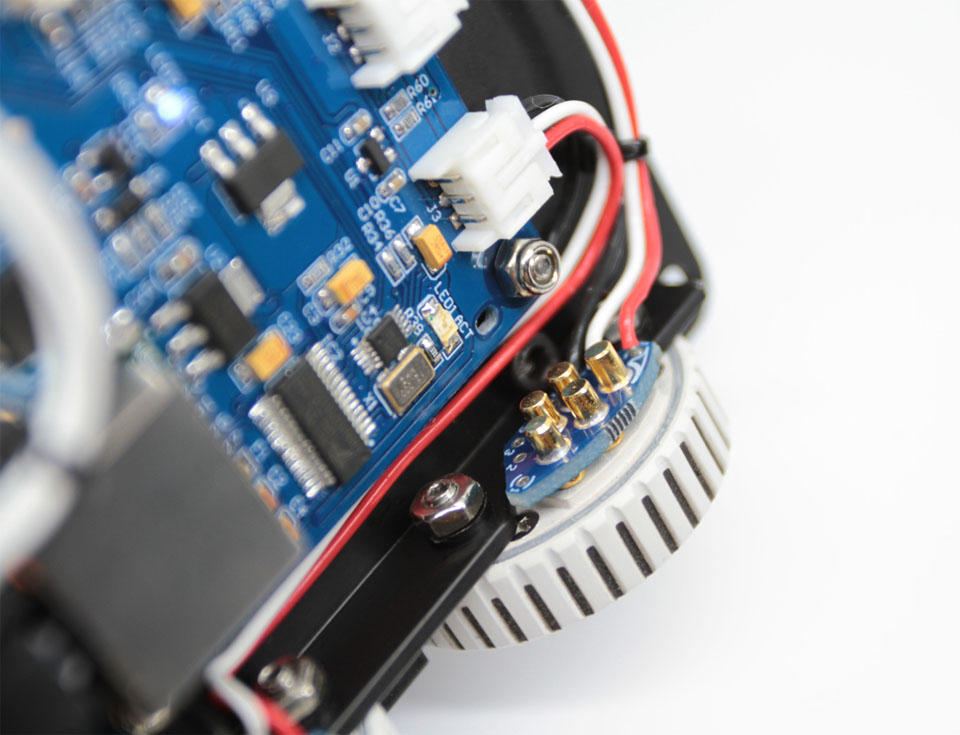 I picked this CAT6 cable partly because it's shielded which keeps my USB connection more stable, but mainly because it's ultra-thin with extra short grip which fits perfectly inside the HUD housing. 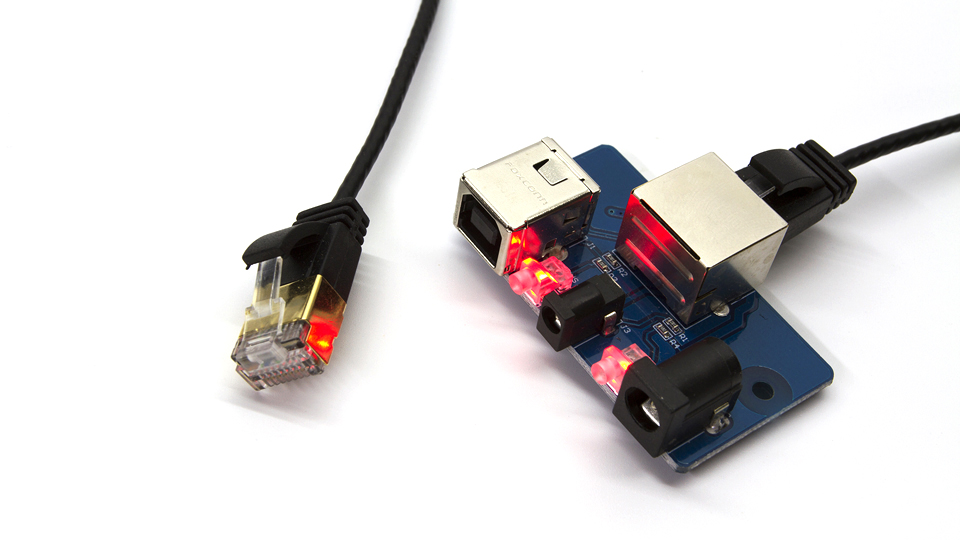 There's a complete microcontroller system sitting inside this tiny wheel. We could have had a custom potentiometer made by a pot factory, but that actually doesn't help reducing the cost. We'd be missing the point here if we thought so. I thought if we had to spend so much making the wheels, I'd rather put more effort in here with modern electronics and make it more durable. 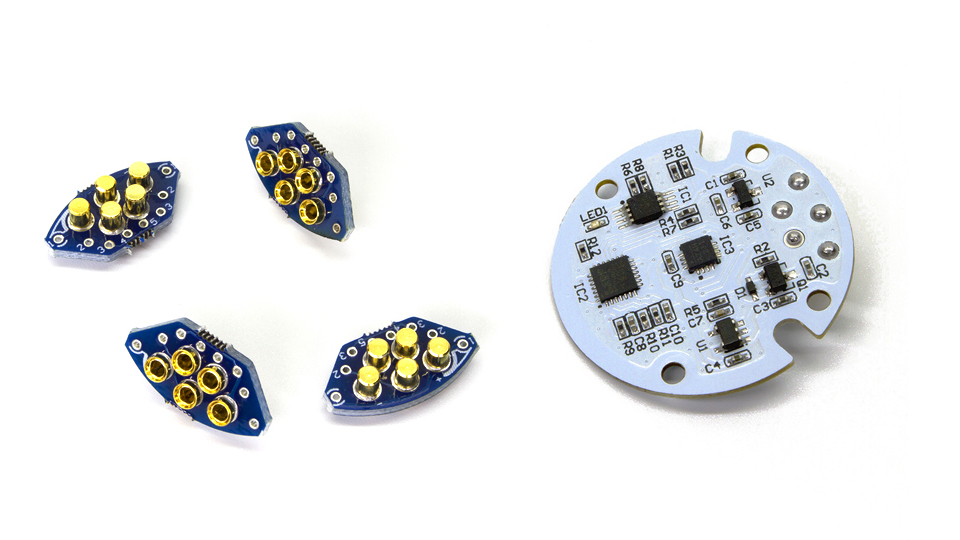 I'm not showing off my eyesight by hand soldering those 0402 resistors during testing. They had to be this small to fit in the wheel. Those pins are custom-made and gold plated. 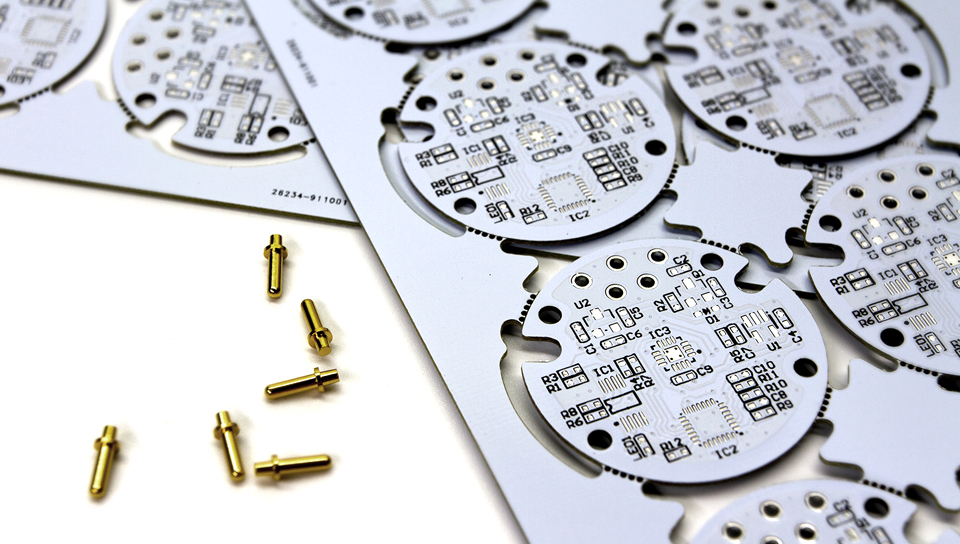 I thought the main controller board had more space to indulge those traces once the three big connectors were moved over to the breakout box, but it turned out to still be a rather dense board in the end. 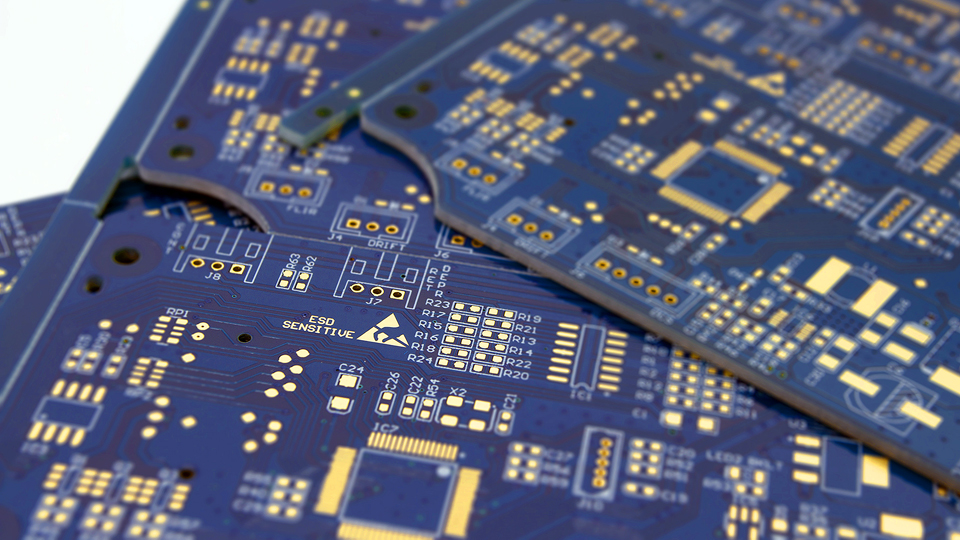 A layer of silicone helps dampening the click of those dome switches, contributing to the muffled click. It also seals them in local air pockets away from ambient moisture and further oxidation. 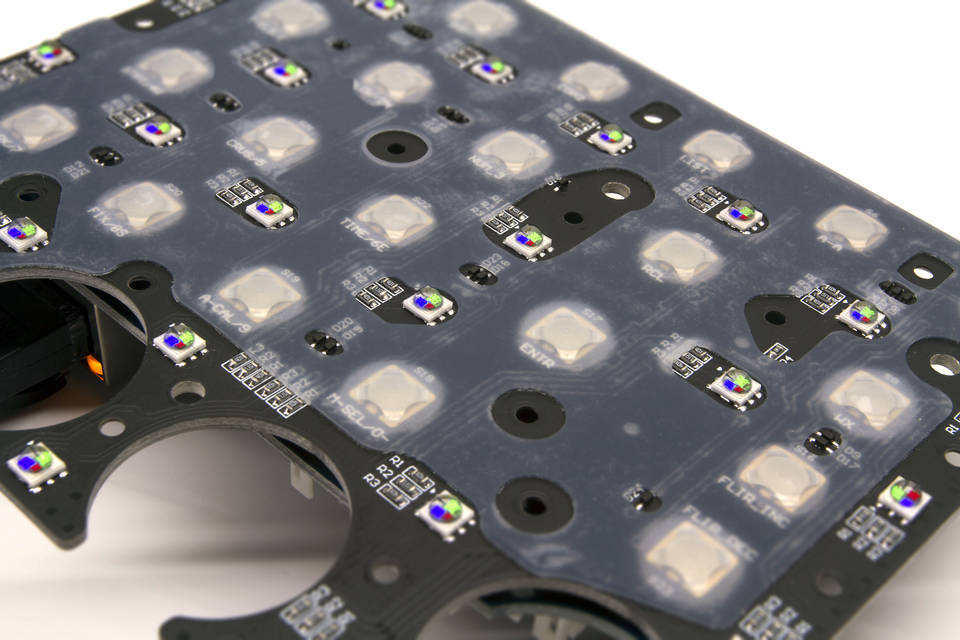 The gold finish on those pads and barcode isn't the point here. It's getting those countersunk screw holes chamfered that cost some fortune, especially when there are dozens of them on each board. We've done our asking around.

It took some original ideas to make two mirrored versions out of the same group of parts. A catch-ball screw and a hole in the steel sheet is all it takes to get the mechanical click. But to get the resistance right was proven to be tricky. I'm sure there are other ways. But I'm satisfied with mine. 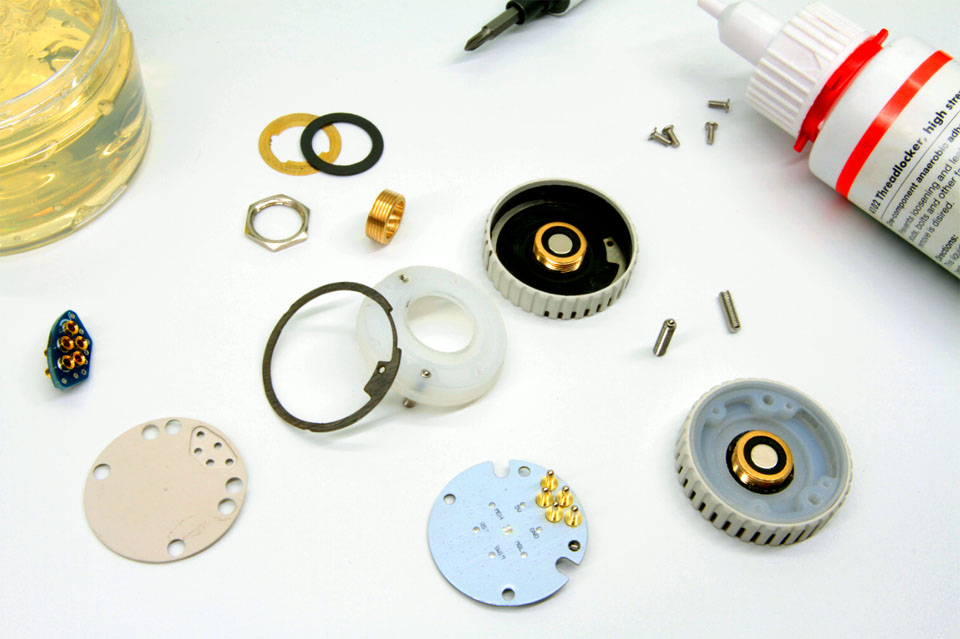 The thumbwheel cap, the nylon base, the brass collar are all CNC milled. 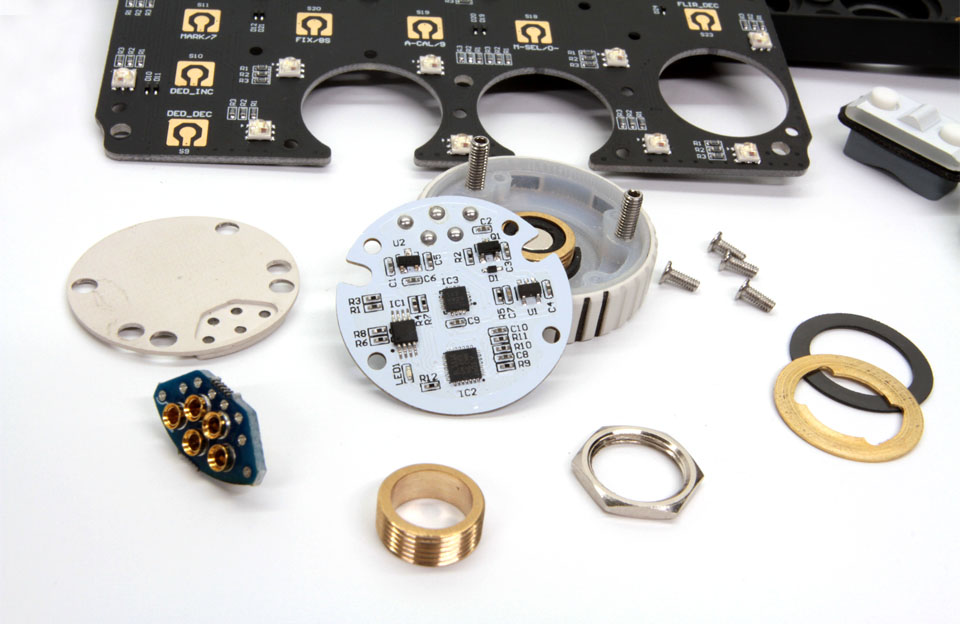 Each thumbwheel has 36 grooves around the cap which is chamfered both around the top and the bottom perimeters. The grooves have to go deep enough to make the friction match the resistance. There are 31 black scale marks within the grooves per thumbwheel, each with a unique length. They increment either clockwise or counterclockwise depending on the version. Each ICP has 124 such scale marks which have to be engraved centered inside the grooves, to the right length. One mistake would ruine the whole part. It's a very serious question to think about even if we wanted to have as few as 10 ICPs made. Not to mention a much larger batch. 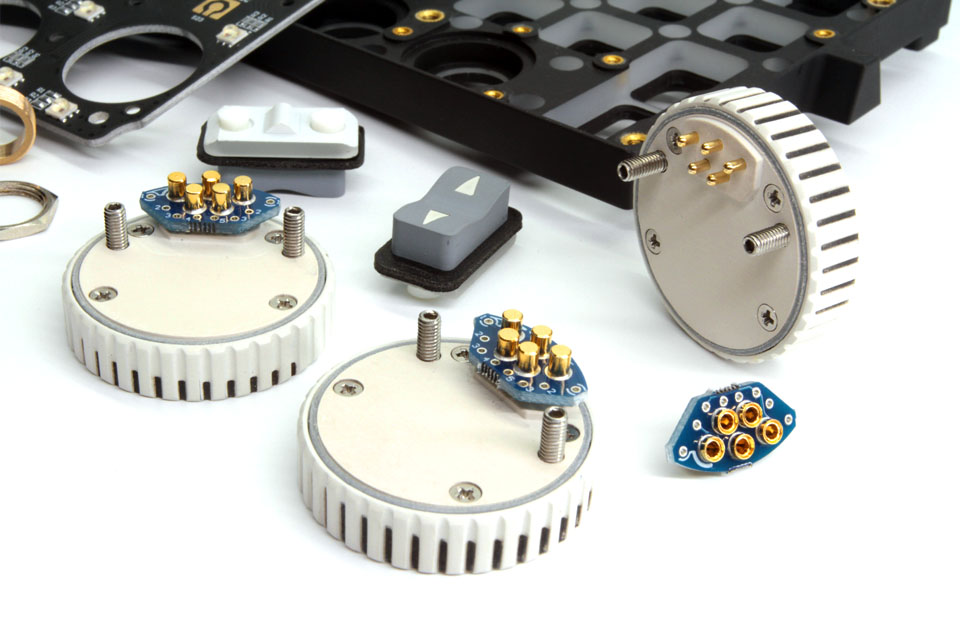